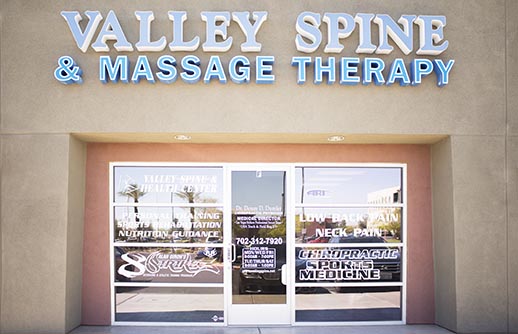 Our mission at Valley Spine & Health Center is simply to serve you. We provide excellent chiropractic care to help our patients reach and exceed their health goals. We assess the patient as a whole. We want to address the main concern, but also lead you into a lifestyle of being pain free. We do all of this by offering an evidence-based approach to chiropractic care by utilizing chiropractic manipulation, soft-tissue techniques, therapeutic rehabilitation, and a variety of chiropractic services to help achieve your health goals.

Dr. Dumler grew up with sports at a young age and as his mother will tell you, had more than a few visits to the emergency room. Dr. Dumler’s ability to wreck anything from a mountain bike to skateboard led him to find chiropractic. Dr. Dumler used chiropractic to help him heal and perform in soccer and other sports all the way through college. Dr. Dumler continued to play soccer and compete in distance running after college. Dr. Dumler completed his undergraduate studies at Wichita State University before moving to Dallas to pursue his dream of being a chiropractic physician at Parker University. Dr. Dumler was offered a shoe sponsorship by Brooks shoe company while living in Dallas and competed as a 5000/10000 meter runner for the next 6 years.

Valley Spine & Health Center was started with the idea of treating all parts of the patient’s life. Dr. Dumler integrates spinal manipulation with massage therapy and physical rehabilitation exercises to restore functional biomechanics. The Valley Spine concept is based around “3 pieces of the pie” as Dr. Dumler explains it. Spinal manipulation is utilized to restore normal mechanics to the spine with therapeutic massage used to break down peri-articular scar tissue and associated muscle spasm. The 3rd piece of the pie is the introduction of physical rehabilitation exercises to restore functional capacity to the body. Dr. Dumler has continued to develop services he can offer with the addition of Active Release Technique and Graston for soft tissue related injuries

Alan was born and raised in Las Vegas, NV. He attended the University of Nevada Las Vegas where he received his Bachelors in Criminal Justice. He received his aerobics and fitness instructor certification from the Aerobics & Fitness Association of America (AFFA), and is also certified through the World Instructor Training Schools (W.I.T.S.).

He was also trained by Pablo Valencia, the former physical and tactical trainer for the Ecuadorian National Soccer Team.

Alan offers his knowledge of fitness, health, and wellness to others in sports rehab at Valley Spine & Health Center. He is also a personal trainer and instructor at the Las Vegas Athletic Club,

where he is also a board member for aerobic development.
He has over 14 years of experience training youths, and a number of professional athletes from the NFL and MLS. He is also the creator and master instructor for 8Strikes Athletic Development Programs.

Font Resize
Contrast
Accessibility by WAH
Call Us Text Us